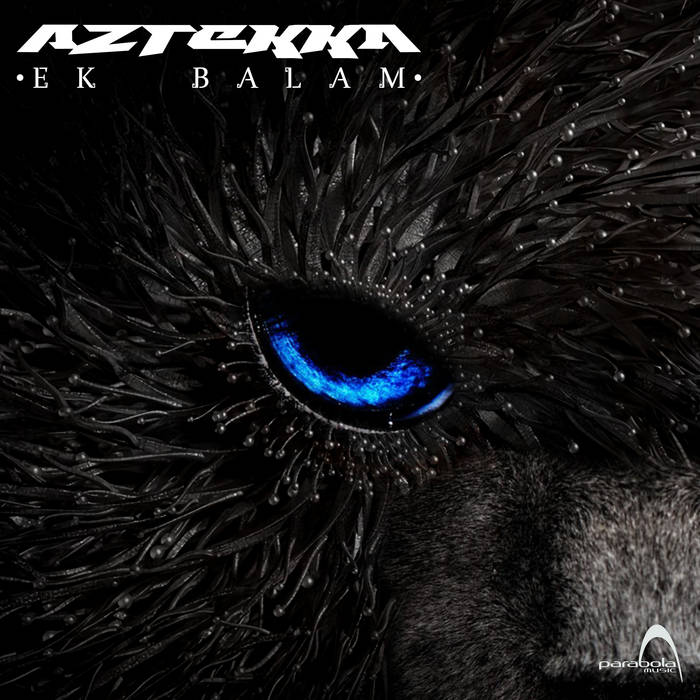 Parabola Music is proud to present an Ep From freshly formed, uprising star 'Aztekka' called 'Ek Balam'!
Aztekka is a psychedelic trance project founded during the coronavirus pandemic by Jon Salas. He was born in Mexico and currently lives in Madrid. He had his first contact with the Goa Trance scene in 1996 at a clandestine rave in Playa del Carmen, Mexico. At that time he decided to participate in a more active way in the future.
In 2001 he began self-taught to produce his first tracks in a nameless and aimless project, which he had to abandon to devote all his energy to finishing his studies in graphic design.
In 2004 he moved to Madrid. There his career as a student ends. In 2010 he began to enter the audiovisual world and began his adventures as a Video Jockey, participating in events such as Freedom Festival, Zagoa Festival, Dreamscape, Psybertech, among others. In 2020 he resumed musical production due to the mandatory confinement due to the coronavirus pandemic and in the summer of that same year, he released his first collaborative single with Antu Records and psytrance producer Amplify. The following month he released his first solo EP, Visions, and Revelations with Geomagnetic Records.
Aztekka seeks to merge the ancestral instruments of pre-Hispanic American cultures with electronic music and the new technologies that entail it.