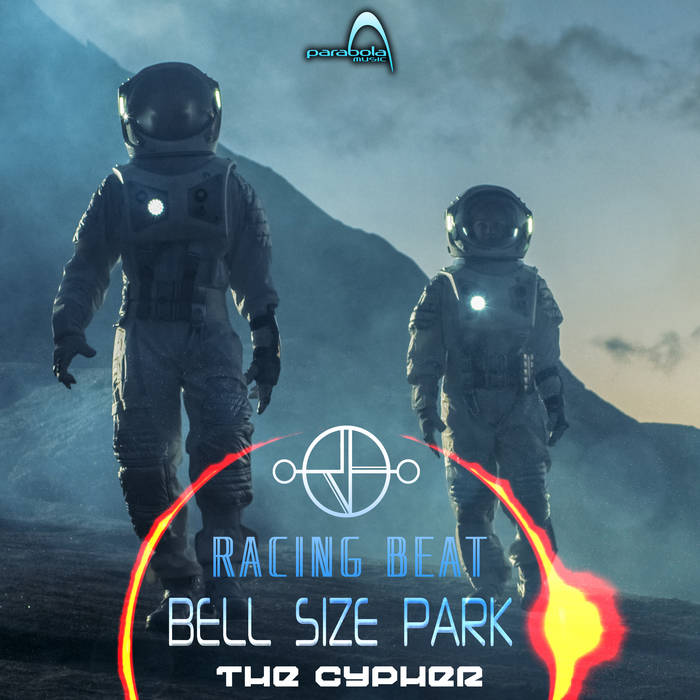 Parabola Music proudly presents the ALL NEW SOUND of Bell Size Park feat. Racing Beat with their massive rave hit "The Cypher". Racing Beat is an electronic music project which combines live instruments from the worlds of hard rock, jazz, classical music and trance. Racing beat is the meeting place between screaming guitars and African music, between brass and scratching synthesizers, between vocals and daring sampling. Bell Size Park has spent many years making psychedelic goa, but now the group decides to craft an all new sound for the band. With crystal clear bass, scintillating synth leads and driving kicks, their sound can truly be described as fresh and cutting edge, ready for Festivals. Bell Size Park are David Kamenshin and Shlomy Kaufman. Shlomy has been described as one of Israel's earliest top DJs and producer DJing since 1989 in the Tel Aviv underground scene. In 1994 Kaufman started his first steps in electronic music production together with Yoav Regev & Ronni Burla under the name Bell Size Park. This Goa Trance project last until 1998 and had some great success in the holy land and beyond. BSP'S debut album “THE TRUTH IS THERE” 1996 (BNE records) L.P. and sold more than 10 thousand copy's in Israel and got amazing reviews. It was an album that blazed the path for other Israeli trance artists. In 2009 Kaufman re-launches the BELL SIZE PARK project and adds a new member, David (Dudu) Kamenshin on guitar. BSP returned because the growing fan base, and because the "Goa Psytrance" revival all over the globe. During the last years BSP supported live acts such as: THE PRODIGY, OZRIC TENTECALS, MAN WITH NO NAME, PRANA, ASTRAL PROJECTION, EAT STATIC, YAHEL and many more... since 2009 the band released many releases e.p's and l.p's At 2014 the band released the second official BELL SIZE PARK album “Angels in Sequencers” (Zombster records Italy) in 2017. BSP started their new side project DARKFALL, a powerful Psy-Prog project the debut e.p was signed immediately to Parabola Music from Germany. BSP live show is a psychedelic experience with live instruments on stage mixed and infused with top notch technology... The band preforming live all over the world in some big festivals and parties such as Psilosiva (ISR), Lost in time(Belgium), UNITY festival(ISR), Tinkerbell Festival, Future Forest festival (Portugal), From Here To Eternity festival (Belgium) and many more.

If you like Bell Size Park & Racing Beat - The Cypher (PAO1DW994- Parabola Music), you may also like: