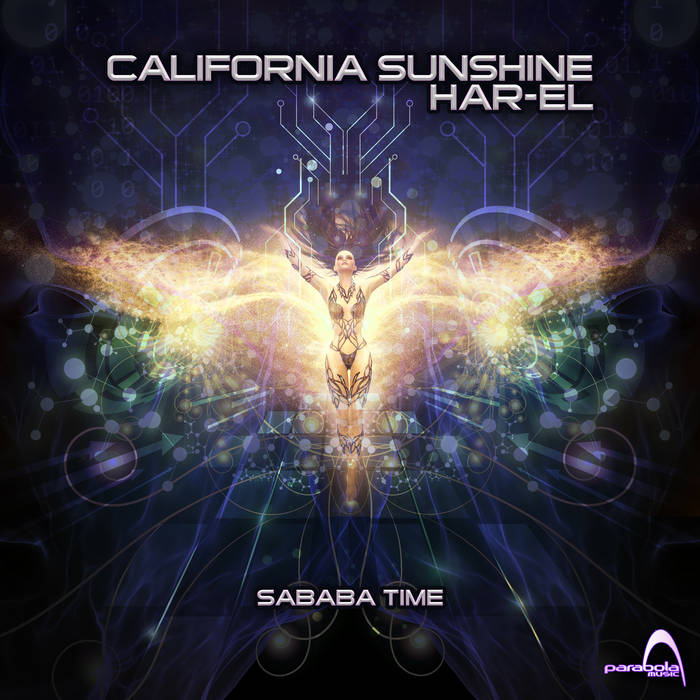 California Sunshine, Har-El is back with the new album!!! We are more than proud to present 'Sababa Time'! Har-el Prusski started dealing with electronic music when he was 16. He studied in the ""Sound"" school in Tel Aviv, Midi & electronic Music programming, and got a job right away as a sound technician in a studio. But since, as he puts it, he didn't like making coffee to people, he quit right away and started building up his own studio.
First, he started working with Daniel Beller- as the legendary Israeli duo- Testkard 225- making electro-industrial music. Their first performance was in the Beer Sheva University in the Negev Festival (which stunned some people there) and then they played in all the Tel-Aviv underground clubs: Penguin, Zman Amiti, Hagada Hasmalit, etc. They released two tapes: Test 1 & Test 2. At that time Har-el listened to music such as Cabaret Voltaire, Kraftwerk, Yellow, and Depeche Mode.
Harel started producing his own Acid-Trance music in 1991, is one of the first to combine psychedelic industrial sounds together with an acid new beat. In 91-92 he released in limited edition on cassettes or DATs the first trance tapes: Neural Terror, Into the Black Sun, Astral Trance, Transonic Mix Demo, Boom the House, Virtualism, MG3- Demo 3.
He created the Goa Psychedelic underground famous track Wonderland along with 3 other tracks that were played a lot in Goa and Ko Phan Gan full moon outdoor parties in 1992-93.
His first techno 12"" release was Morning Glory, which created the new wave of trance and was a massive hit in Israel. It was also released in Germany in mid '93 as a 12"" on the legendary techno label Labworks.
By the end of '93, some of Har-el's underground trance was released by Dinko Bazadona (a Croatian DJ at Dancing Bear Records in Zagreb). The 12"" Maxi was sold in the underground DJ scene and was distributed by N.E.W.S. in Belgium.
At the beginning of '94, Har-el had produced the very successful Trust In Trance first album release that contained also some tracks involving himself: Unnatu- Purification, Carribian Sunrise- From the beginning (with Guy Sebbag), Virtual Obsession- Before Dawn (with Raffi Mizrahi), Dazzle Puzzle- Discourse, Dog Star (with Yaniv Haviv, Guy Sebbag & Avi Nissim). He also released two other CDs that were basically a cooperation he produced with other artists. The first was Trans Nova Express together with Edi Mis. This CD came out on Har-el's Unnatural Operations label together with Phonokol and contained tracks of Har-el alone and also with Edi as MG-3 and with Edi and Schahaf Schwartzman as Adrenalin Drum. In the same year B.M.I. (today's Melodia) also released Trance Mix 3, which was again a project of Har-El & Edi Mis. Har-El had there 4 tracks (including his classic Circle of Light) another track with Yaniv Haviv and did also remixes to three other of Yaniv's tracks. These CDs were considered a milestone in the Israeli trance scene promoting the export of that scene to the rest of the world.