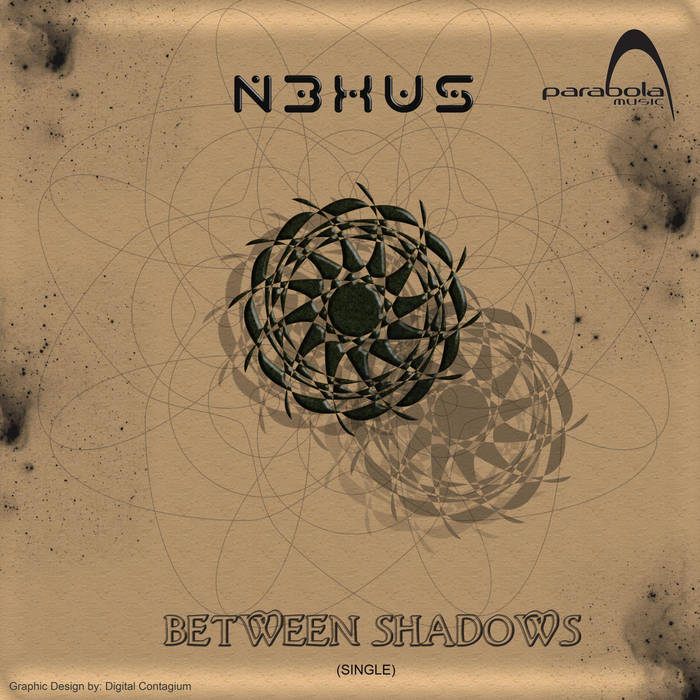 
"Parabola Music is excited to present a new single 'Between Shadows' from 'N3XU5' project.
Miguel, better known as N3XU5, born and raised in Almada, Portugal. The passion for the electronic music scene started 7 years ago, he was developing his musical skills. Meanwhile, Miguel played DJ sets at industrial clubs in Lisbon, Porto, and Coimbra. In 2001, the project N3XU5 was launched. Not long after this Miguel was playing live sets at trance parties and festivals all over Portugal. Moving to another level was his primary goal. He wants to see smiling faces on dance floors all over the world. The opportunity of going to Japan can be considered as the breakthrough in 2003. Performances in major cities such as Tokyo, Osaka, Sapporo couldn't stop his passion for music. Proudly we may announce that he reached the best labels in dark and psychedelic trance. Spun, Sin, Parvati, Deja-Vu, Stone Age, Peak Records, Doof, Inpsyde Media, Discovalley, couldn't resist the pleasure to release this powerful and psychedelic music. In 2004 N3XU5 managed a tour through Europe, America, Russia, Japan, Israel, and Brasil. The first full album Is called 'Psycho Therapy', was released on Kagdila Rec. in 2005, N3XU5 went on tour to Cyprus, Norway, South Africa, Russia, Italy, Germany, Greece, Sweden, Brasil and plays sets on Summer Festivals, like Fullmoon or Butterfly Dance,… His music has been played by worldwide dj..s and the songs have been hits on dancefloors already for quite some years already. N3XU5 was chosen by Dance Clube magazine as the best trance live act in Portugal. Once again he toured trough Mexico, Russia, Japan, Germany and played @ Boom festival 2006 for more than 20 000 people. The new album ' Body Beats ' was released on Sin Records in 2007. This new album brings you fresh trance with Intelligent influences. Further a collaboration with Perplex on his new album at Spun Rec. Further he compiled the 'First Sin ' cd for Sin Rec. For 2008 the tour will start in Israel, Russia, USA, England, and Mexico. New Releases are coming in compilations also the new album and EP will be out ON THE MOVE MUSIC ( Hollywood/Ibiza ). Side by side Miguel played next to famous trance artists such as GMS, Skazi, Dino Psaras, Talamasca, Eskimo, Perplex, Koxbox, Krome Angels, X&I, Vibe Tribe and many others."