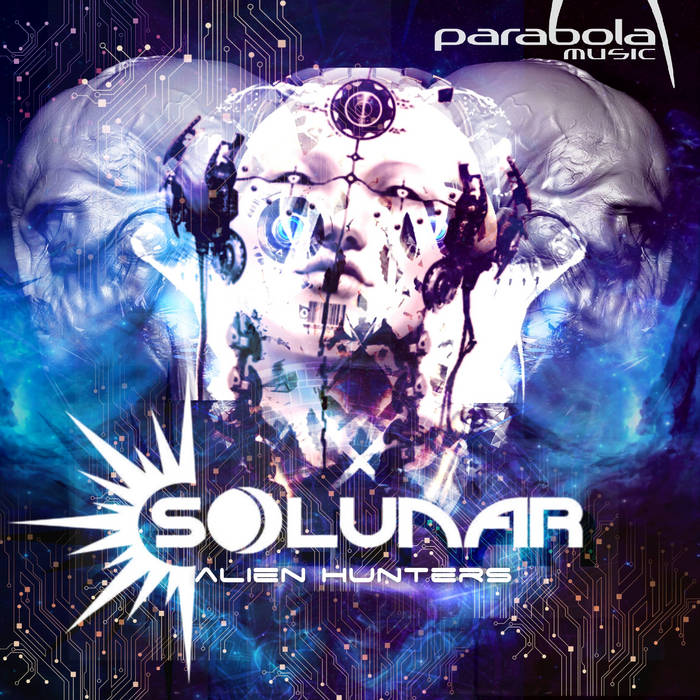 
"Parabola Records is excited to present new EP From Solunar ""Alien Hunters""! Francisco Arturo Solis Macias is the one who started by forming a label where they could make their music known. so along with DJ bash and other colleagues, they created Atlantida records. With this stamp, we made known to many Mexican and international artists. taking the stamp to Israel, Spain, and Brazil.
time later Francisco started his career in audio engineering and sound design at LAMDA Lamda Mexico
Mexican Academy of Audio and Compuaudio.
in this journey, he was mixing at many parties in the city and sharing the stage with Electro sun, Perplex, Audio x, Faders, and Stereomatic.
time later we released an ep called ""I love psytrance""
which was released with Lemuria records of Germany and was presented on radio fm Beat 100.9.
in this time we share the stage with Astrix, GMS, Phanatic, Bizzare contact, Rinkandink, Z cat, Cyber ?? poster, Space Buddha, Mystical Complex. learning from them and working in the studio.
Solunar signed with Spirited records from Holland and PLUR records from Portugal.
was released ""Seventh 7 Dimension"" Solunar Album and presented at Beat 100.9 Fm for the second time. being among the best producers and DJs in Mexico.
Solunar has been working in the studio on what his next releases are. He has had collaborations with people from Israel and Europe. his new style of music
full on and psychedelic has been endorsed by pioneers such as Talamasca and Domateck.
do not miss your next presentations in Mexico
star presentation in FESTIVAL ORIGIN.
continue preparing in the studio for what will be your international tour soon more information.
Arturo is working on two new projects
INFINITY which is progressive psy and MACROSS which is psychedelic with a dark touch.
"