by The Control Zeds 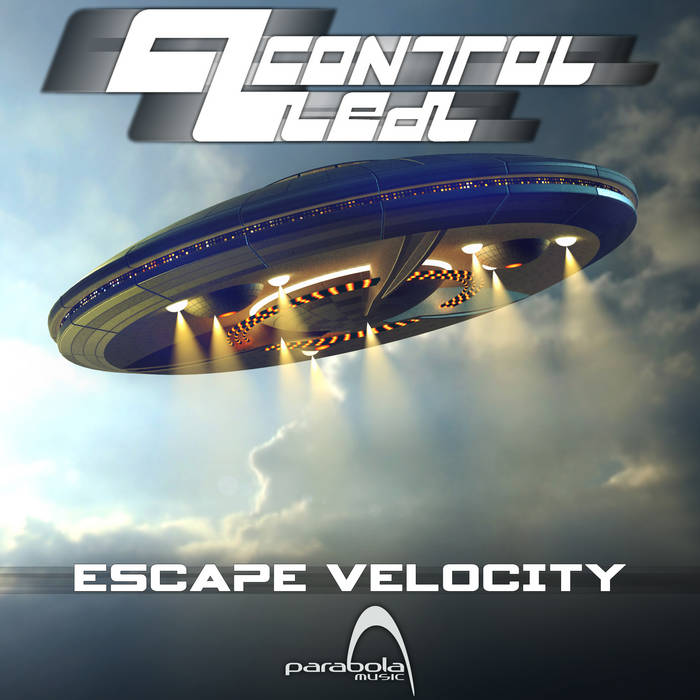 Parabola is excited to presents this super blasting psychedelic trance single from The Control Zeds, Escape Velocity features two uplifting fullon adventures to outer-space where we are joined in orbit for the Robot Strike set up to stop the spreading of More Burbia, and yet all we can do is groove and dance along to the stellar soundtrack of the Zeds. Andrew Humphries grew up in Brisbane Australia, drumming in various bands and learning how to mix records before moving to the UK in 1999 following his passion for music. Once in England he honed his DJ skills hosting an Internet radio show & started producing tunes. Soon after he hooked up with one of the early legends of psy trance, Colin from OOOD (Flying Rhino, Phantasm, Transient, Matsuri, Broken Robot), after meeting at a gig, and created the successful act Voice of Cod, playing all over the world and releasing 2 albums on Organic, plus tracks on Transient, Liquid & Yellow Sunshine Explosion Records. Andrew has performed at many big clubs & festivals around the world including Return to the Source, Rainbow Serpent Festival (6 times!), Earthcore & the huge Glade Festival, there was the set at Alex Grey's Chapel of Sacred Mirrors in New York City and gigs in the massive tunnel clubs of South London, gigs across Europe from Switzerland, Czech Rep., Greece, Germany, Holland, Portugal, Spain to the UK, the list goes on. Since back in Australia Andrew has played at Melbourne clubs such as the Hi-Fi Bar and the Palace (where he supported GMS), regular gigs with the Big Red Bus crew and plenty of underground parties in the bush. He has been writing and releasing music as the Control Zeds on labels such as Highly Evolved and Spliff Records. Andrew is a creative, intuitive Piscean with an IT degree and a love for trance music. He's also a left hander, so his thinking is naturally based in the abstract, emotional side of the brain where music is processed.